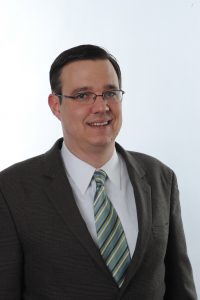 WE INVITE YOU TO THE UPCOMING HISTORY LECTURE:
“German Occupation and the Road to Polish Independence, 1915-1918”
by Prof. Jesse Kauffman (Eastern Michigan University) on Tuesday, November 15, 2016 at 5pm at the Linsday Young Auditorium in University of Tennessee Hodges Library on campus.

In 1815, Poland was wiped off the map of Europe when it was carved up by its more powerful neighbors. In 1918, an independent Poland emerged reborn from the wreckage of the First World War. An important step in this process was the German army’s 1915 battlefield defeat of Russia, which had ruled most of Poland, and its creation of a military occupation regime there. Over the next three years, this regime pursued many harsh measures, but it also encouraged the development of Polish political and cultural life. This contributed directly to the successful establishment of a Polish state in 1918.

Dr. Jesse Kauffman is associate professor of history at Eastern Michigan University. His first book, Elusive Alliance: the German Occupation of Poland in World War I, was published by Harvard University Press in 2015. He is currently working on a social, political, and operational history of the First World War in central Europe, tentatively entitled Blood Dimmed Tide: Central Europe’s Long Great War, 1905-1921, which is under contract with Harvard. In 2013, Kauffman and two co-authors were awarded the Article Prize of the German History Society for their article “A Sonderweg through Eastern Europe? The Varieties of German Rule in Poland during the Two World Wars,” which was published in German History.

The event is sponsored by the UT Department of History and is free and open to the public. 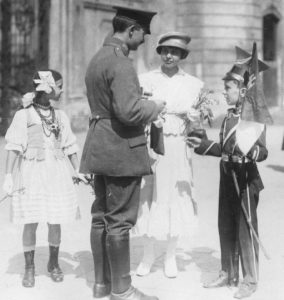