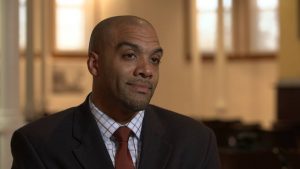 “Torchbearers of Democracy: The History and Legacy of African American Soldiers in World War I” A Lecture Delivered by Dr. Chad L. Williams

The Center for the Study of War and Society is delighted to partner with the the Department of History for its Second Annual Fleming-Morrow Distinguished Lecture in African-American History. Dr. Chad L. Williams, Associate Professor and Chair of the African and Afro-American Studies Department at Brandeis University will deliver the lecture, “Torchbearers of Democracy: The History and Legacy of African American Soldiers in World War I.” It will take place Thursday, February 23, 2017, 5:30-7:00p.m., Room 210, in the Alumni Memorial Building. Please encourage your students to attend, as it will benefit their continued intellectual growth as critical thinkers.

The lecture will highlight the role of black soldiers to commemorate the centennial of U.S. entry into the conflict. World War I was a transformative moment in African American history. Over 380,000 African American soldiers fought and labored in the United States army during the war. On and off the battlefield, at home and abroad, black soldiers left a legacy of individual and collective courage and struggle that continues to this very day. In our current moment of political and racial upheaval, the history of black soldiers and veterans reminds us how African Americans have and continue to fight to make democracy not just an ideal, but also a lived reality.