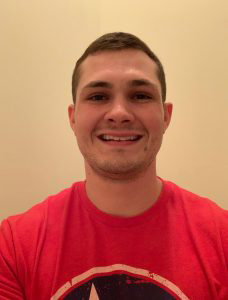 I had the privilege of transcribing an interview with Captain Robert Moore, US Army, who left for one of the deadliest combat zones in all of Vietnam in 1968. Willingly putting oneself in that sort of danger takes a great deal of courage, but what really stood out for me is the fact that Captain Moore volunteered to serve overseas knowing that he might not return to his wife and two children. Despite the terror he saw overseas, he still recounts that the separation from his family was worst of all.

Captain Moore will likely never have a movie made about his life or a statue erected in his honor, but the true beauty of the work accomplished at the center is that his stories and experiences can live on and give him the recognition he deserves for valiantly serving this country. It is of unequaled pertinence that these memories stay available to the public as a reminder of the sacrifices made and effects that war has extending beyond the battlefield.

Read more about his account of the entire experience.