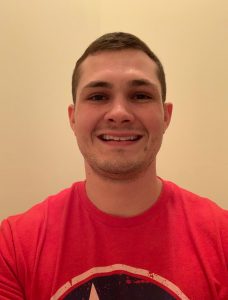 War is bloody, vile, and cruel.  Those who have seen combat first-hand will echo this statement and likely see it as an understatement.  When studying war, scholars often are consumed with the macro-details of conflict.  Massive battles and decisions made by brass at the top of the chain of command typically steal the spotlight and dominate the content we read when studying war.  While the victory at Normandy and the decisive strategies implemented by Admiral Nimitz are defining characteristics of US military history, we frequently overlook the impact that war has on a micro-level.  According to the Department of Veterans Affairs, roughly 57 million Americans have served in the US Armed Forces during a time of conflict.  That is 57 million different experiences, 57 million unique attitudes, and 57 million diverse stories to be told.  The Center for the Study of War and Society does its part to ensure that as many of these accounts as possible do not slip through the cracks into forgotten history.

While working at the Center this semester has provided me with a newfound appreciation for all that have served our nation.  While I am confident that the overwhelming majority of service members would not bat an eye when faced with a life or death combat situation, most do not see the opportunity.  We traditionally view bravery and valor as attributes of those decorated with medals and ribbons, but chest candy comes only with an opportunity to showcase those traits.  Working at the Center has reinforced the fact for me that every veteran possesses these qualities, but not always in the traditional sense that we see in war movies.

I had the privilege of transcribing an interview with Captain Robert Moore, US Army, who left for one of the deadliest combat zones in all of Vietnam in 1968.  Willingly putting himself in that sort of danger takes a great deal of courage, but what really stood out to me is the fact that Captain Moore volunteered to serve overseas knowing that he may not return to his wife and two children.  Captain Moore sustained injuries, faced near-death encounters, and lost good friends during his year in Vietnam.  Despite the terror he saw overseas, he still recounts that the separation from his family was worst of all.  Captain Moore will likely never have a movie made about his life or a statue erected in his honor, but the true beauty of the work accomplished at the Center is that his stories and experiences can live on and give him the recognition he deserves for valiantly serving this country.

My time at the Center has also offered me an appreciation for who these service members are as human beings.  As a Navy veteran myself, I am aware that military life can sometimes be mundane and repetitive.  Some of my favorite stories I heard were not of courageous acts on the battlefield, but instead those about the daily lives of service members and how they passed the time between missions.  For example, I had the great honor of interviewing Henry Cooper, a World War II Army veteran who served in Burma.  At ninety-five years old, Mr. Cooper was still as full of life as ever, and even told us about his bond with pet monkey in Burma.  Whether it is playing a game of spades on the messdeck, pulling pranks on your Officer in Charge, or taking a primate in as a pet, the Center’s research allows us to hear stories about the unparalleled friendships, comradery, and unforgettable memories formed while serving, reinforcing the US military as the greatest fraternity in the world.

The accounts of veterans are precious and widely taken for granted, which is why the Center’s website offers access to dozens of these interviews in both audible and transcript form, readily available for viewing.  It is of unequaled pertinence that these memories stay available to the public as a reminder of the sacrifices made and effects that war has extending beyond the battlefield.