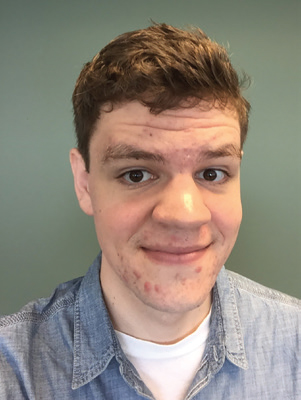 Historians and history fans alike tend to fixate on the bigger, more dramatic episodes in our nation’s past. What is often lost—and what I have come to appreciate since working at the Center—are the details of everyday experiences; the minutiae that color our lives. While our main goal at the Center is to document the veterans’ experiences in wartime, our interviews house a treasure trove of significant anecdotes and telling details from bygone eras. Americans today might scarcely recognize the America of the 1920’s and 30’s. Shoes, for instance, appear to have held considerably more significance than they do today. Growing up in Louisiana, Jules Bernard (b. 1922) recalled that, on Sunday mornings, his neighbors would trudge barefoot down dirt roads their whole way to church; to keep their shoes clean and minimize wear, they’d wait until they arrived to put them on. Grady Corley (1916-2008) declared that, during the “misery” of the Great Depression, to have a good-fitting pair of shoes was the true mark of fortune. In his youth, Chattanoogan Charles Coolidge (b. 1921), one of the last four living Medal of Honor recipients from World War II, seems to have disregarded footwear altogether, scurrying barefoot across the industrial city to make some pocket change selling magazine.

Because many of the Center’s interviews have been conducted with veterans from East Tennessee, they reveal that domestic life in the region has evolved dramatically in the last century. Several readily admitted that they’d never lived with electricity until they moved into their barracks at Fort Bragg and Fort Oglethorpe. In the years leading up to World War II, only a handful of privileged Knoxvillians could speak fondly of pilot lights dangling from their kitchen ceilings. Outhouses were a ubiquitous phenomenon. Countless interviewees chuckle before joking that blustery Appalachian nights encouraged some of the quickest bathroom trips in the Volunteer State’s history. Running water, evidently, was only to be found in the more affluent communities in Knoxville and Chattanooga. Wages, too, have increased drastically. Coming from an environment where unskilled labor earned you less than a dollar a day, many Tennesseans positively jumped at the opportunity to enlist; privates in the US Army were paid $21 a month in December 1941. I marvel at how much has changed.

Looking back almost 80 years since the start of World War II, I find that these details of daily life—often forgotten or unappreciated by modern-day people—transform the way I view our past. A particularly witty WWII veteran and Knoxville native, incidentally named Benjamin Franklin (1925-2012), declared that his was in fact “the Desperate Generation,” and America has certainly come a long way since then. My time at the Center has instilled a deep sense of appreciation for these nuggets of historical context. If we are to truly understand our own history, we must record everything. Otherwise, we might take for granted the comforts of modern life: fitting shoes and in-house commodes.