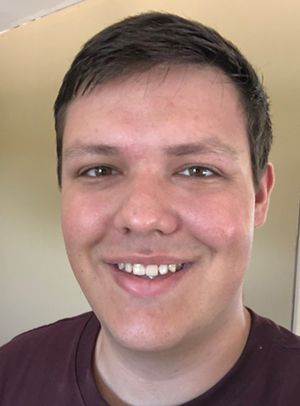 My work and time at the Center for the Study of War and Society is precious to both myself and the academic realm of history, but most importantly to the American veterans whose life stories I have the unique honor of transcribing. As part of my duties, I listen to interviews and hear the veterans recall their service, their early life, and their life since leaving the service. This allows for a vivid painting and understanding of how war has interacted with them and changed the way they were brought up, or how they carried on after the war. I have had the privilege to work on the interviews of two World War II veterans, both of whom are now in their nineties. While sometimes a struggle to transcribe due to occasional hiccups resulting from age such as memory loss, this work is extremely important, as these veterans’ memories and experiences are able to live on through these records.

One of the two veterans, James “Bud” Mynatt, was a bomber pilot in the Army Air Corps and flew during the D-Day invasion. Born in Fountain City, Tennessee, Bud enlisted while still in high school and entered service immediately following his graduation. He flew both the B-24 and B-25, only switching to the latter after his B-24 “Great Speckled Bird” (named after its many patched bullet holes) was shot down over France. This hero from the Knoxville area returned to civilian life afterwards and started the first Mercedes-Benz dealership in Knoxville. This particular interview and life story has stuck with me as a reminder that veterans are normal people put in extraordinary situations who have grit and determination. It is here that the oral interview and transcribing process show their worth, since veterans such as James Mynatt deserve to have their life experiences permanently recorded for future remembrance, appreciation, and study.

The Center provides a place for memories to live on. The introduction of modern technologies has made this work not only easier to complete, but also more accessible by those who wish to learn. The Center’s website has hundreds of completed transcriptions so that other students, researchers, or everyday people can easily access these veterans’ stories. It is important these memories stay accessible, as a reminder of the difficulties of conflict, and a reminder that the people interviewed have experienced more than most would in a lifetime. Their memories must live on, and the Center for the Study of War and Society has the unique privilege to bear that torch.