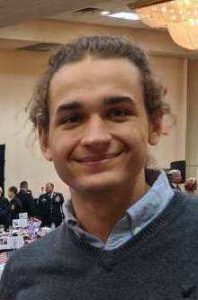 Most history is forgotten. That is true whether it be the conquest of by the so-called “sea peoples” of the late Bronze Age or the experiences of layman twenty years ago. Most of the past is relegated to the dust bin of history; the Center for the Study of War and American Society at the University of Tennessee endeavors to rescue the pages of history hitherto left to fade away. The Center tells the stories that we never get to hear. Instead of dealing with war’s geopolitics and the great men who conducted them, the Center relates the stories of the men and women on the ground. They tell our stories.

One such story is that of Donald Hahn. He was a man who worked making concrete block in Midland, Michigan until he answered his country’s call in 1966. In Vietnam, Hahn would distinguish himself and join the Long-Range Reconnaissance Patrol teams. From 1967 to 1968, Pvt. Hahn went out on extraordinarily dangerous missions with one American and two South Vietnamese soldiers. On these missions, Hahn and his team members would go out and, as he put it, “look for trouble”.  They frequently engaged vastly superior numbers of enemy and this necessitated their being roped out via helicopter. After his grueling service, Hahn refused to accept a medal unless his comrades received recognition as well. Upon his return to the United States in 1968, newly promoted Sgt. Hahn left the Army and went back to making cement blocks. Sgt. Hahn did not talk about his experience in Vietnam until his twilight years because of the public’s aversion to the Vietnam War and the trauma he suffered while in country. It is stories like Sgt. Hahn’s that the Center for the Study of War and Society endeavors to record and make available to Americans. They might otherwise be lost forever.

To listen to and transcribe stories such a Sgt. Hahn’s is an immense privilege, especially for an historian in training like myself. The Center for the Study of War and Society has given me the unique opportunity to see history from a whole new perspective. Instead of using primary sources others have gathered, I am creating the sources that future historians will utilize in their research. Though transcribing interviews can be frustrating due to the foreign nature of military vernacular, the frequent rewinding, and the strict format the experience has been instrumental in improving my abilities as a historian.

Perhaps my greatest take away from my experience at the Center for the Study of War and Society is the power of oral histories. The oral histories act to bring the experiences of veterans to life. Conflicts such as the Vietnam War transition from a controversial War in America’s past to an intense, very real drama, filled with more heartache and humor than any Hollywood movie.

The Center for the Study of War and Society has allowed me to contribute to a field that I am extremely passionate about as well as enrich myself. Though much of history is lost to us, my experience at the Center is one I will not soon forget.