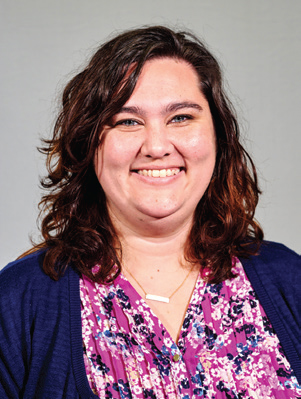 In my family, we like to tell stories. My favorite activity as a child was to curl up next to my mother or one of my grandparents and ask for a story from when they were little. They were all true stories, but that never seemed to make them any less interesting or exciting. I feel much the same when I work at transcribing oral histories for the Center for the Study of War and Society. These are all stories that need to be told, to be written down, and preserved. They provide unique glimpses into the past, glimpses that we would never get to experience if not for the work of the Center and places like it.

Some of the stories may seem mundane, not centered in the thick of the action, but they all carry a visceral nature of how the veterans tell their stories. Interviewed veterans remember little things like how terrible the rations were, the trickiness of delivering ammunition in North Africa during the latter-half of World War II, how “Overcoat Charlie” got this nickname (he never was able to find an overcoat that fit him), or wishing that he had been able to keep that piece of paper with a message from President Eisenhower wishing the overseas troops well. In all of this, I seem to come back to those moments, which shine through the violence of military conflict.

Although the Center’s main objective is to collect, preserve, and share oral histories from veterans, it also undertakes compelling work in other venues. I have spent time attempting to locate soldiers [names] within the memorial lists that have attended the University of Tennessee, Knoxville to aid in future memorial projects. Looking through the long list of East Tennessean names, I discover that many of them have no stories to accompany their memory. Some that are lucky enough to have additional information, such as Staff Sargent Jeppie Payne, who died during the Vietnam War. Payne extended his tour of duty so that his son, also enlisted at the time, would not be shipped overseas. There are countless stories of men who died trying to save a member of their unit and countless more with no explanation at all.

Oral histories from veterans are important not merely for all the information they provide about military structure, leadership, and strategy, but to get a better understanding of how large-scale conflict affects both those who serve and those around them. While it may seem counterintuitive to study war and society together, they move throughout history in tandem. Our work at the Center is incredibly important because stories matter. History is built on stories and to gain understanding of the complex strands of history you need as many stories from as many points of view as possible. The Center helps us accomplish this goal.

Dear Friends of the Center for the Study of War and Society! Please join the UT Libraries for the[...]