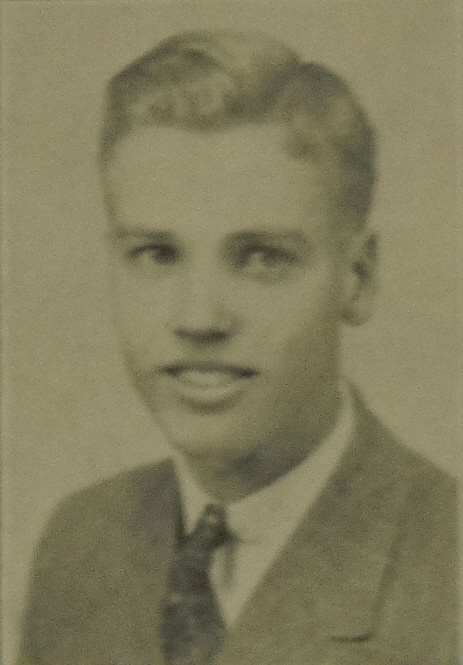 Wilson Brundage Barker Jr. (July 20, 1922 - Nov. 14, 1944) was the son of Wilson Brundage Barker Sr. and Glennie Irene Pence. He was a graduate of Science Hill High School, Class of 1940. He was born in Johnson City, but enlisted when he was at the University of Tennessee on August 8, 1942. He married after that in Alabama, before going overseas. He was working in the manufacture of automobiles there.

Wilson was assigned to the 134th Infantry Regiment, 35th Infantry Division. He landed on Omaha Beach with his unit on June 7, 1944 and participated in three unit campaigns: Normandy, Northern France and Rhineland. It was during the Rhineland campaign near Morhange, France that Wilson was Killed in Action. He was 22 years old and received the Purple Heart. He is buried at the Lorraine American Cemetery in St. Avold (Moselle), France, J, 45, 31.