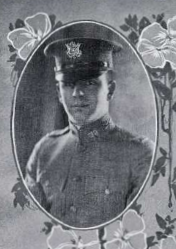 William Dean Faris (March 11, 1897 - Oct. 12, 1918) was born in Greenville, Tennessee. He eventually join the class of 1921 at the University of Tennessee. Before he could finish his education, he joined the United States Army in the Spring of 1918. At Camp Taylor, Kentucky, Faris was assigned to the 3rd Training Battalion Field Artillery Division as a Private First Class. During his training, he became ill due to influenza and pneumonia. On October 12, 1918, William passed away due to the severity of his illness. He is buried at the Forest Hills Cemetery, Chattanooga, Tennessee. 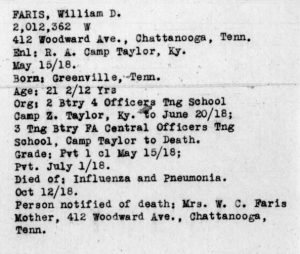 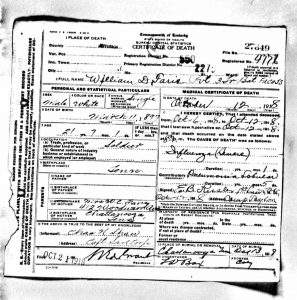