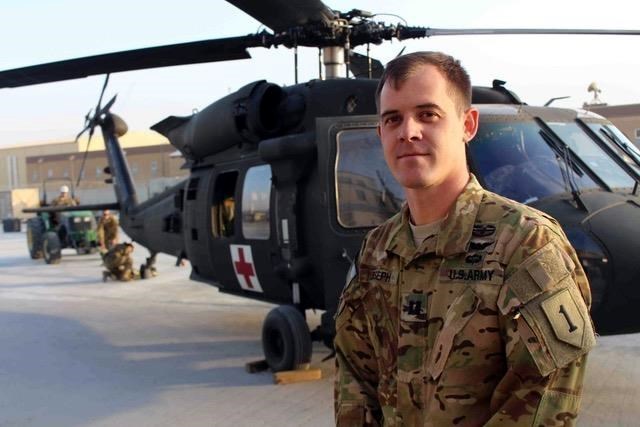 Major Joseph was a 2004 graduate of Houston High School, in Collierville, TN, and excelled there in both his academics as well as on the soccer field. He was a loyal Tennessee Vols fan and attended the University of Tennessee Knoxville until 2008, when he was commissioned as a medical services officer in the US Army. Soon after, he began his extraordinary career as a MEDEVAC helicopter pilot.

Major Joseph was the Commander of “Cajun Dustoff” MEDEVAC unit in Fort Polk, LA at the time of his death. He was an exceptional leader and courageous aviator who was always proud to go above and beyond for his soldiers and never hesitated at any mission, no matter the risk. Over his 11 year career, Major Joseph deployed twice to Afghanistan (2010 and 2017) and was awarded multiple honors including: the Bronze Star, Meritorious Service Medal, Air Medal with Valor and Combat, two Army Commendation Medals, Army Achievement Medal, Parachutist Badge, Combat Action Badge and the Senior Aviator Badge. He was also one of four soldiers who were awarded “Rescue Of the Year” for their bravery and courage shown during a difficult MEDEVAC mission while in Afghanistan in 2016.