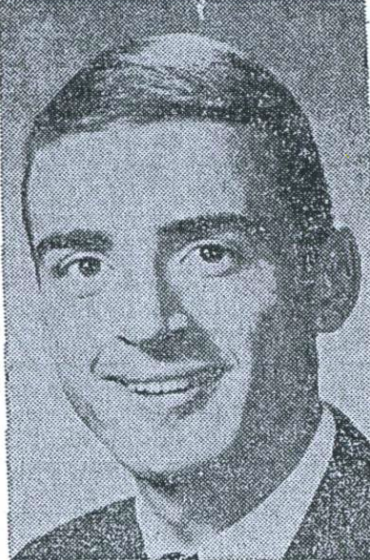 Steven George Ramsey (Oct. 29, 1943 - June 1, 1968) was from Teaneck, New Jersey. He attended Oak Ridge High School in Oak Ridge, Tennessee and graduated in the Class of '61. He then attended the University of Tennessee from 1962 to 1965 before going on to earn a Master's degree at Pennsylvania University.

He served in the United States Army during the Vietnam War as a 1st Lieutenant with Company B of the 5th Special Forces Group. 1st Lt. Ramsey was deployed in November of 1967 as part of the Green Beret at the Special Forces Camp in Plei Me in Pleiku Province. He was killed in action on June 1, 1968 at Plei Me.

He was awarded the Army Commendation Medal for heroism. Ramsey is buried at Arlington National Cemetery. His parents (his mother, Grace) two sisters (including Grace) and his wife survived him.