Maxie Raymond Williams Jr. (May 9, 1945 – Oct. 4, 1968) was born in Jackson, Mississippi and also lived in Waverly, Tennessee. He attended the University of Tennessee from 1964 to 1967 and was the vice president of Kappa Alpha fraternity. After graduating from UT, Williams joined the United States Marine Corps and was deployed during the Vietnam war as a 1st Lieutenant. He was placed in charge of Company A, 1st Battalion  in the 26th Marine Regiment of the 3rd Marine Division operating in the proximity of Khe Sanh Province in 1968. On October 4, 1st his company was engaged by enemy forces in Hải Phòng Municipality when he was killed in action.  1st Lieutenant Maxie R. Williams Jr. is memorialized in Arlington National Cemetery. 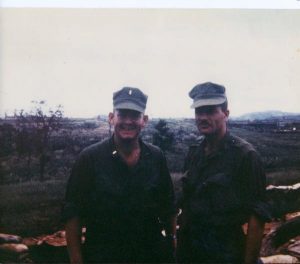 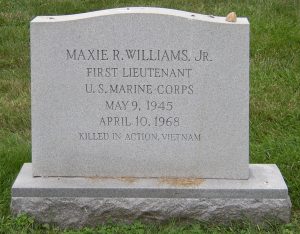 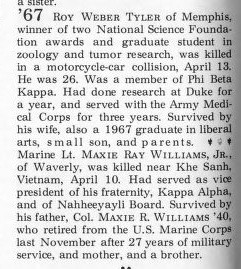 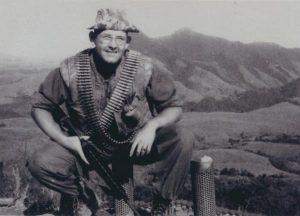