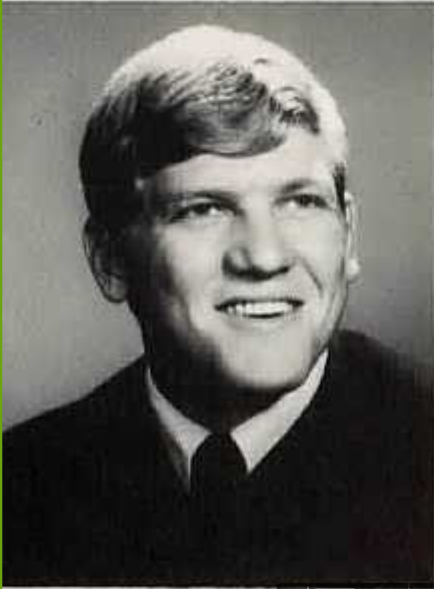 Lance Davis Workman (Oct. 4, 1947 – July 11, 1971) was from Chattanooga, Tennessee. He was a graduate of Chattanooga High School’s Class of 1965 and went on to attend the University of Tennessee-Chattanooga. Workman was enrolled as an ROTC Cadet at the university. He received an officer commission in the United States Army when he graduated in 1970 and was selected as one of UTC’s Distinguished Military Graduates. His service in the US military began immediately after graduation and was trained as a helicopter pilot and designated as a 1st Lieutenant before he was deployed to Vietnam. 1st Lt. Workman’s tour began on April 18, 1971 as a helicopter pilot in the 176th Assault Helicopter Company, 14th Aviation Battalion of the Americal Division’s 14th Aviation Group. On June 16, 1971, during a combat mission, 1st Lt. Workman’s helicopter attempted to land at a firebase in the Quang Tin province in South Vietnam that had been booby trapped with a claymore mine.1st Lt. Workman was rescued after his helicopter was destroyed, but had sustained extremely severe wounds. He was airlifted to the American medical facilities in Tokyo, Japan, most likely either the 106th General Hospital at Kishine or the 249th General Hospital at Camp Drake. Despite their attempts to stabilize him, 1st Lt. Lance Workman succumbed to his wounds on July 11, 1971. He is buried at Chattanooga Memorial Park in Chattanooga, Tennessee. 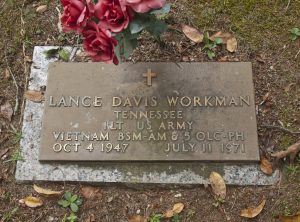