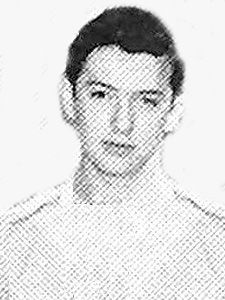 Karl Edmond Shenep (July, 18, 1940 – April 16, 1967) was from Memphis, TN. He attended the University of Tennessee from 1960 to 1964 and was in UT’s Medical Class in the fall of 1964. Shenep chose to contribute his medical experience to the Vietnam War when he enlisted as part of the United States Army’s Medical Corps. He started his tour as a Captain in January of 1967 as part of the 1st Cavalry Division’s Headquarter and Headquarters Company (HHC).

On April 16, 1967, Shenep was assigned to 1st Squadron, 9th Cavalry when they were engaged by VC troops in Quang Ngai Province. During the firefight, Captain Shenep and four others were on board a Huey Helicopter conducting reconnaissance of the zone when they were hit by small arms fire. Their helicopter was damaged and crashed as a result, killing all who were on board. The attack was repelled and their crash site was recovered by the 9th Cavalry.

Captain Shenep was returned home to Memphis and is buried at Memorial Park Cemetery. For his service, he was awarded the Air Medal and the Bronze Star. 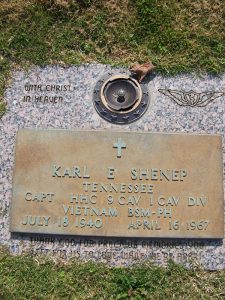