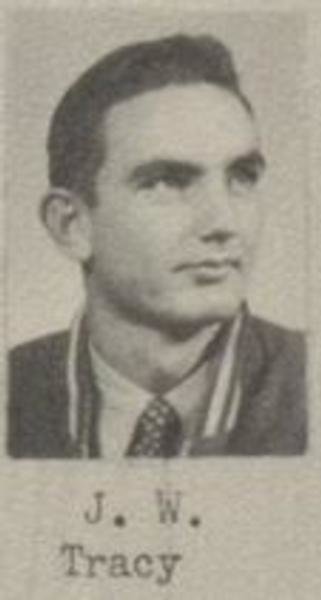 John Wayne Tracy (Mar. 27, 1934 – Sept. 18, 1969) was from Seminole, Oklahoma. Tracy made a career out of his military service, which included three separate tours during the Vietnam War. Tracy served as a Staff Sergeant in the United States Army and was an instructor for the University of Tennessee’s ROTC Cadet program from 1967 to 1969.  Before working at UT, Staff Sergeant Tracy had already completed two tours in Vietnam, which included operations under the United States Military Assistance Command’s special operations units.

On September 1, 1969, Staff Sergeant Tracy was redeployed for his third tour in Vietnam with C Company, 4th Battalion of the 503rd Infantry under the 173rd Airborne Brigade. His company was operating in Binh Dinh Province on September 18, 1969 when they were engaged by hostile enemy small arms fire. Staff Sergeant Tracy was killed in action during the firefight from an enemy rocket.

Staff Sergeant Tracy was awarded the Bronze Star for his service during his third tour in Vietnam. He is buried at Fort Gibson National Cemetery in Oklahoma.