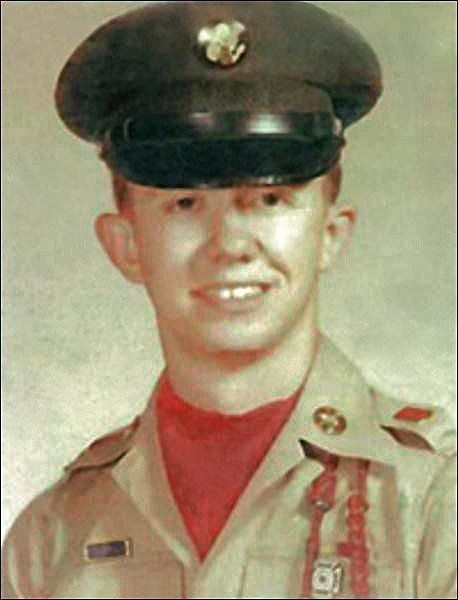 John Edward Davis (Jan. 2, 1946 – Oct. 10, 1967) was from Cottage Grove in Henry County, Tennessee, but spent a significant amount of his life in Weakley County, Tennessee as well. He was avid piano player and singer and studied music at University of Tennessee’s Junior College at Martin. He attended there from 1965 to 1966. His studies were interrupted when he was called into service during the Vietnam War. He was enlisted in the United States Army and trained at Fort Campbell, Kentucky and Fort Dix, New Jersey. He was assigned to the 1st Cavalry Division as a Specialist Grade 4 and was stationed with them at Fort Bragg in North Carolina before being deployed to Vietnam in August 1967. Sp/4 Davis served as a clerk in the Headquarters Company of 5th Battalion in the 7th Cavalry Regiment operating at Landing Zone Colt east of Que Son Valley in the Quang Nam Province. The People’ Army of Vietnam conducted a surprise attack on the landing zone on October 10, 1967 using small arms and mortars. Sp/4 Davis was one of seven US servicemen killed in the attack with seventeen others wounded. He is buried at Little Zion Cemetery in Weakley County, Tennessee. 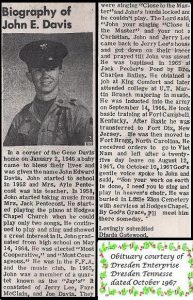 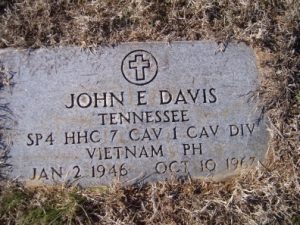