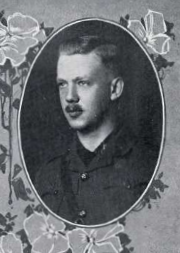 Joseph Parke Robb (Jan. 21, 1896 – Feb. 27, 1919) was born in St. Paul, Minnesota. Referred to by friends and family as Parke, Robb started attending the University of Chattanooga in 1916 and was a member of their football team as a halfback. He enlisted in the United States Army when the war began, interrupting his studies. He was assigned to the 24th Trench Mortar Battery of the United States Army’s 11th Division as a 2nd Lieutenant. The 11th Division, originating largely from from Michigan and Wisconsin National Guard units, was stationed in the American Southwest at the start of the war. Parts of the 11th Division were eventually sent to France in the finally months of the war out of Camp Knox, Kentucky, but 2nd Lt. Robb was hospitalized for pneumonia likely caused by the Spanish Influenza and unable to be shipped abroad. He died at the hospital in Camp Knox, Kentucky on February 27, 1919 and is buried at Oak Woods Cemetery in Chicago, Illinois. 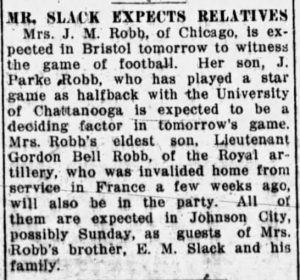 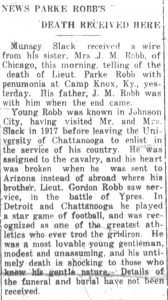 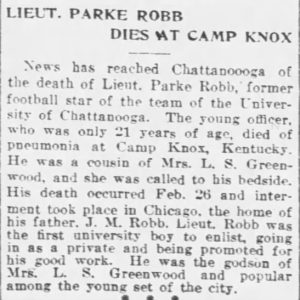 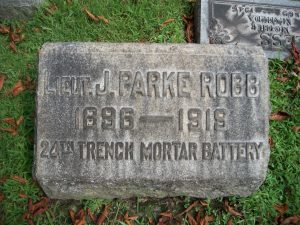