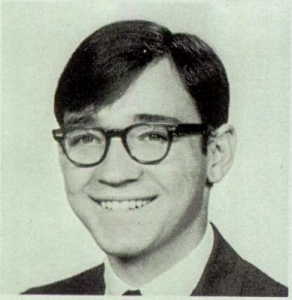 Captain Homer Lenn Blevins (April 07, 1950 - Jan. 22, 1985) was born in London, Kentucky, and grew up in Oak Ridge, Tennessee. He attended the University of Tennessee and graduated from its ROTC Ranger Program. He was stationed in Panama and was one of twenty-one on a C-130A plane that went down during stormy weather in Caribbean waters near the Honduran coast on January 22, 1985. He is memorialized at the Knoxville National Cemetery in Knoxville, Tennessee. 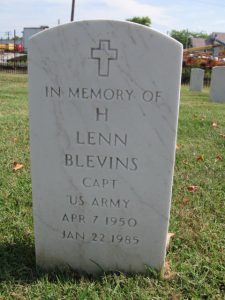