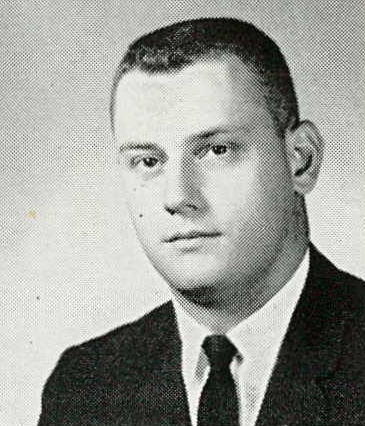 Gary Frank Wallace (April 22, 1940 - July 20, 1967) was born in Killen, Alabama. He studied engineering and participated in the ROTC program at the University of Tennessee as part of the class of 1963. After graduating, Wallace enlisted into service in the United States Army Corps of Engineers as an office. During his deployment during the Vietnam War, he served with them as a Captain and was killed in action from a hostile enemy explosion while operating in the Quang Ngai region on July 20, 1967.. Gary is honored on the Vietnam Memorial Wall 23E096 and is buried at Knoxville National Cemetery in Tennessee.