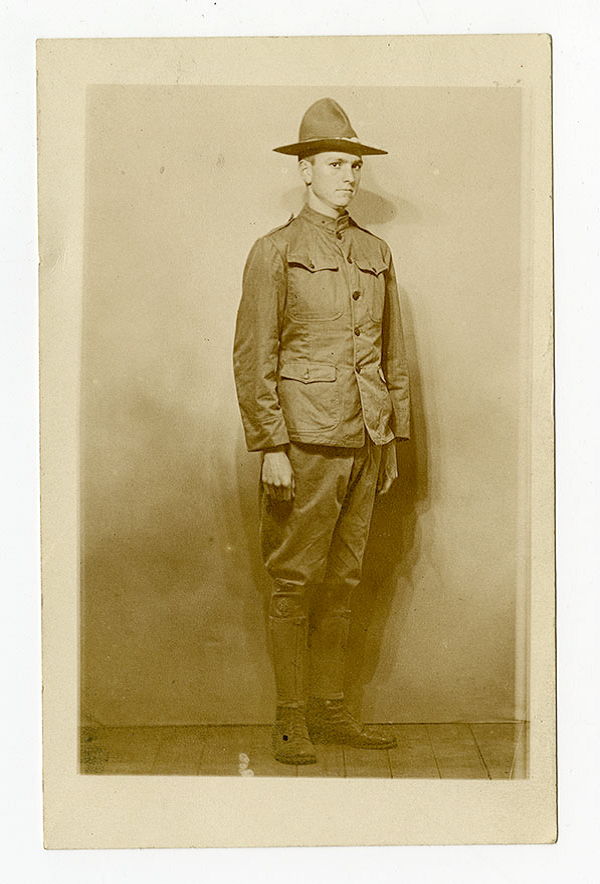 Felan White Killgore (February 23, 1896 – Oct. 4, 1918) was born in Chico, Texas. He attended the University of Tennessee in the Class of 1918, but enlisted in the United States Army before graduating. Entering into service at Fort Worth, Texas, Felan Killgore joined Company G4 of the Texas National Guard in 1917. Upon completing his basic training, he was deployed to Europe in Company HQ, 18th Infantry. He arrived to the European theater two months before the beginning of the largest American Expeditionary Force operation in the entire war. PVT Killgore was reported to have fought bravely in what become known as the Meuse-Argonne offensive. He was engaged in the Battle of Saint Mihiel which lasted for four days in September, 1918. The next month he was wounded in the first Battle of Argonne Forrest. On October 4, 1918 he succumbed to the wounds he received in that battle. He is buried at the Meuse-Argonne American Cemetery in France. 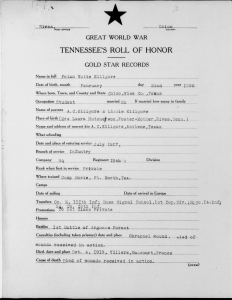