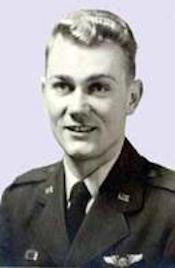 Major Elijah Goar Tollett IV (Aug. 30, 1930 - Jan. 12, 1966) was from Crossville, Tennessee and was the son of E.G. Tollett, III who was an attorney, judge, and legislator for the city. He attended the University of Tennessee in Knoxville, TN and Tennessee Tech in Cookeville, TN before to enlisting in the Air Force in 1951. Before serving in the Vietnam War, Tollett served six years with the Air Weather service stationed in California.

Tollett was already a fourteen year veteran of the Air Force when he was assigned to the 13th Air Force  and deployed to Vietnam as an officer in 1964. He served as a navigator in the 13th Bomber Squadron of the 6252nd Tactical Fighter Wing stationed out of Da Nang Air Base in South Vietnam. By 1966, Tollett had participated in approximately 200 combat missions for which he had achieved the rank of Major. Major Tollett was conducting bombing missions with B-57 Canberra’s when his plane crashed under non-hostile conditions in Quang Nam Province. The B-57 suffered a catastrophic malfunction on the runway, resulting in a crash and an explosion of the plane’s payload.

In recognition of his outstanding service to his nation, Major Tollett received the Bronze Star, the Distingushed Flying Cross, and the Air Force Commendation Medal. He buried at Arlington National Cemetery in Arlington, Virginia, 35, 1437, and is memorialized on the Vietnam Veterans Memorial on Panel 4E, Line 68.