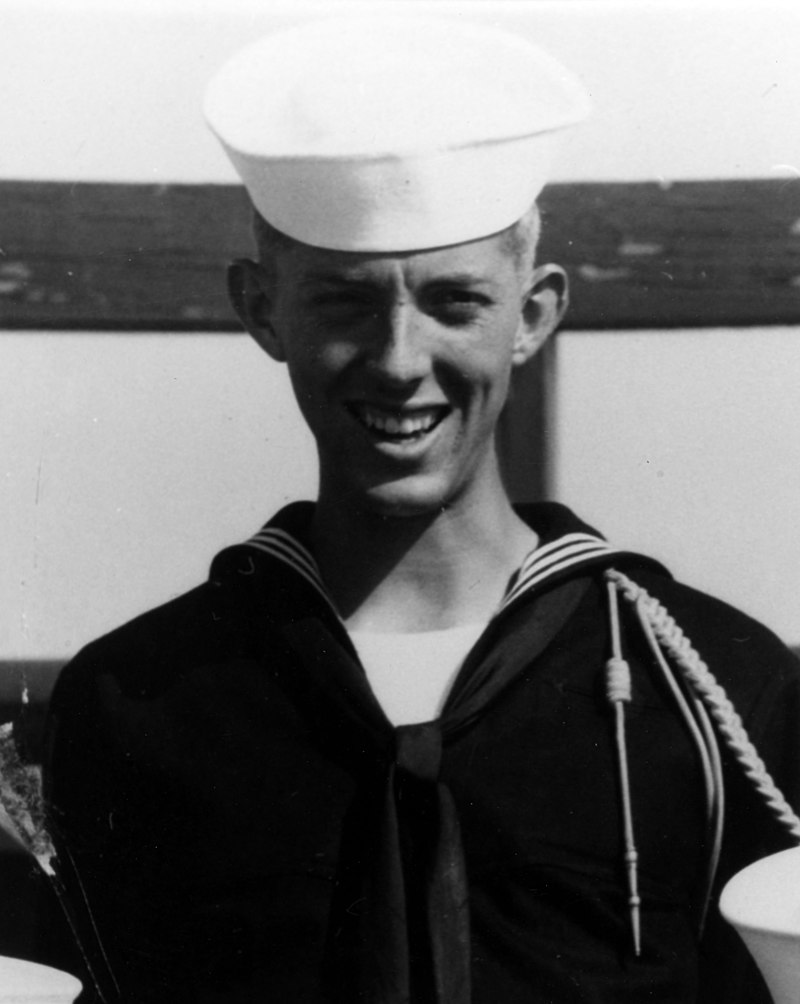 David Robert "Bobby" Ray (Feb. 14, 1945 – March 19, 1969) was born to David F. and Donnie M. Ray of McMinnville, Tennessee. He was an alumni of McMinnville City High School, graduating in 1963. He was awarded a University of Tennessee Alumni Scholarship and attended UT from 1963 to 1966. He also completed an Associate’s degree from Cumberland University in Lebanon, TN in 1965. Ray volunteered to join the Vietnam war effort in the United States Navy on March 28, 1966 before graduating from UT.

In May of 1968, Ray personally requested to work on the ground with the Fleet Marine Force and was sent to the Field Medical School at Camp Pendleton, California. There, Ray was trained as a Field Medical Force corpsman and was attached to the United States Marines. Upon completion of his training in July 1968, Ray he was assigned to a tour of duty alongside the 2nd Battalion, 11th Regiment of the 1st Marine Division stationed in the Quang Nam province of South Vietnam.

HC2c Ray served in operations with Battery D of the 2nd Battalion near An Hoa. He was stationed with them at Fire Support Base Phu Loc 6 on March 16, 1969 when they came under attack by hostile North Vietnamese soldiers. He rendered medical aid while under heavily enemy fire, even defending himself and wounded Marines in combat with two enemy soldiers. He continued to provide aid after being seriously wounded himself and was killed shielding a wounded marine from a grenade blast. For his gallant act of heroism and self-sacrifice, Ray was awarded posthumously the Medal of Honor, the nation’s highest military honor. His citation reads:

For conspicuous gallantry and intrepidity at the risk of his life above and beyond the call of duty while serving as a HM2 with Battery D, 2d Battalion, at Phu Loc 6, near An Hoa. During the early morning hours, an estimated battalion-sized enemy force launched a determined assault against the battery's position, and succeeded in effecting a penetration of the barbed-wire perimeter. The initial burst of enemy fire caused numerous casualties among the marines who had immediately manned their howitzers during the rocket and mortar attack. Undaunted by the intense hostile fire, HM2 Ray moved from parapet to parapet, rendering emergency medical treatment to the wounded. Although seriously wounded himself while administering first aid to a marine casualty, he refused medical aid and continued his lifesaving efforts. While he was bandaging and attempting to comfort another wounded marine, HM2 Ray was forced to battle 2 enemy soldiers who attacked his position, personally killing 1 and wounding the other. Rapidly losing his strength as a result of his severe wounds, he nonetheless managed to move through the hail of enemy fire to other casualties. Once again, he was faced with the intense fire of oncoming enemy troops and, despite the grave personal danger and insurmountable odds, succeeded in treating the wounded and holding off the enemy until he ran out of ammunition, at which time he sustained fatal wounds. HM2 Ray's final act of heroism was to protect the patient he was treating. He threw himself upon the wounded marine, thus saving the man's life when an enemy grenade exploded nearby. By his determined and persevering actions, courageous spirit, and selfless devotion to the welfare of his marine comrades, HM2 Ray served to inspire the men of Battery D to heroic efforts in defeating the enemy. His conduct throughout was in keeping with the finest traditions of the U.S. Naval Service.

David Ray was returned to his home in McMinnville, Tennessee and is buried in Mountain View Cemetery. His family was presented the Medal of Honor in a White House ceremony on April 20, 1970, with his father accepting the medal on his son's behalf from Vice President Spiro T. Agnew. In memory of his service, the United States commissioned a Destroyer-Class ship under his name that saw service for 24 years before being decommissioned in 2002. He is also recognized at the Charles H. Coolidge National Medal of Honor Heritage Center in Chattanooga, Tennessee.