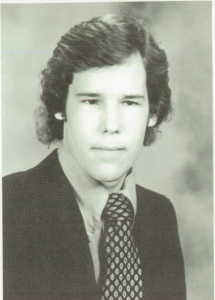 Charles Knox Harvey (April 9, 1961 – June 27, 1998) was from Nashville, Tennessee. His grandfather was Fred Harvey, the founder of the former Harvey’s Department Store. He attended the University of Tennessee in the Class of 1983. After graduation, Harvey was commissioned as an officer in the United States Army, achieving the rank of Captain. He was later a member of the Tennessee National Guard and served as a senior Army aviator and an instructor pilot. On June 27, 1998, Captain Harvey was flying a helicopter with US Forest Service Officer Stephen Bowman as part of a marijuana eradication mission in Sullivan County. They encountered a severe storm which caused their helicopter to crash on Holston Mountain. Captain Harvey is buried at Middle Tennessee State Veterans Cemetery in Davidson County, Tennessee. 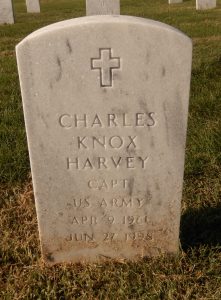