The late Charles W. Johnson joined the University of Tennessee History Department in 1965, after earning his Ph.D. at the University of Michigan. Until his retirement in 1998, “Chuck” Johnson played many roles. He taught a variety of undergraduate and graduate level courses, directed a number of M.A. theses and Ph.D. dissertations, and along the way won the UT National Alumni Outstanding Teacher Award. In 1981, he and the late Professor Charles O. Jackson published their City Behind a Fence: Oak Ridge, Tennessee, 1942-1946, an outstanding blend of social and military history. Three years later he founded the World War II Project, the forerunner of today’s Center for the Study of War and Society, which he directed until his retirement. In 1992 Professor Johnson took a leading role in organizing the university’s Normandy Scholars Program. The Charles W. Johnson Lecture on World War II is thus a fitting tribute to one of the history department’s most accomplished and esteemed colleagues. 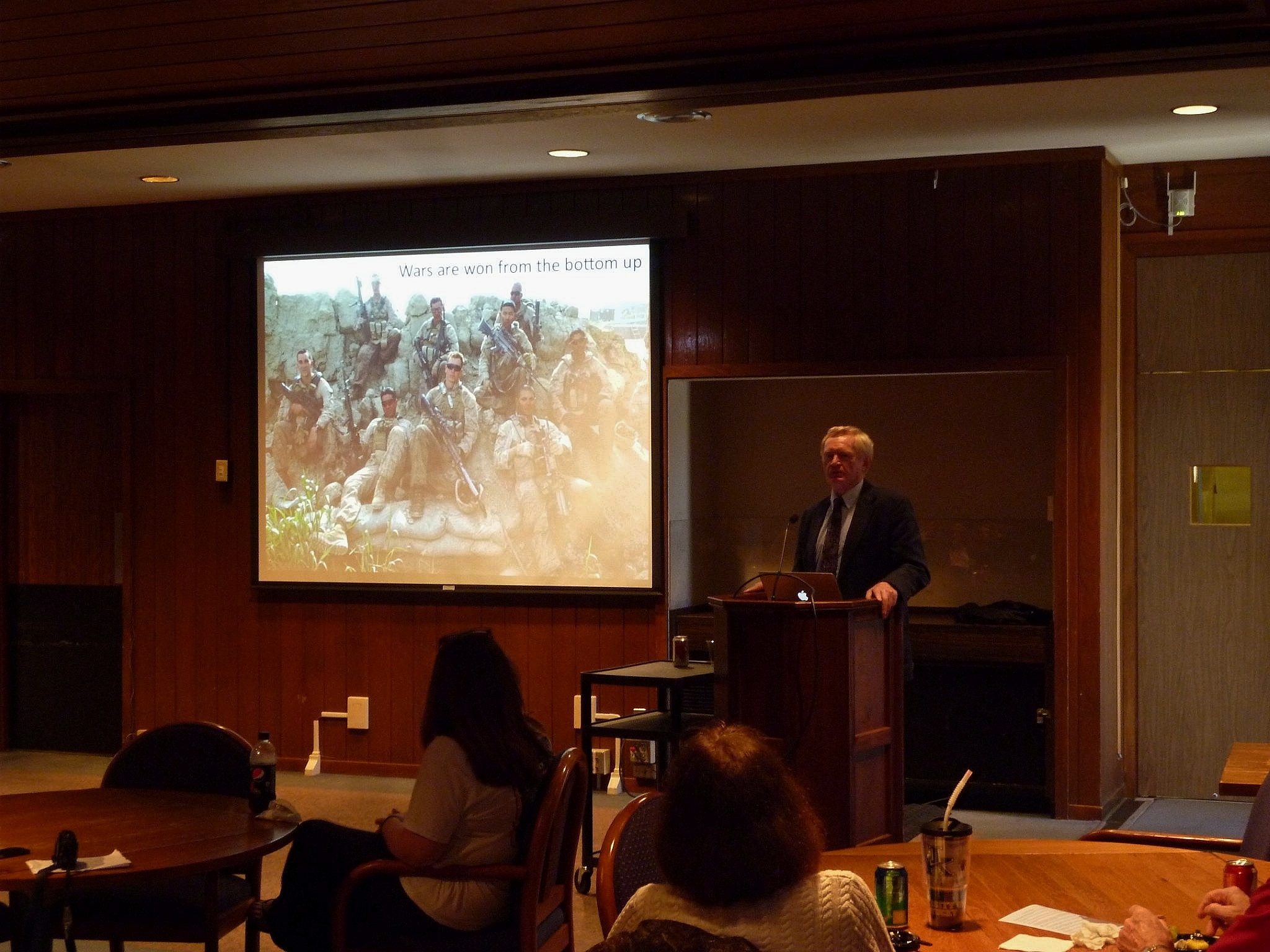 The 2012 Johnson Lecture was given by Bing West, a Vietnam War veteran and the former Assistant Secretary of Defense during the Reagan Administration. West is also a noted author and blogger whose publications include, among others: The Village; The Strongest Tribe: War, Politics, and the Endgame in Iraq; and True Glory: A Frontline Account of the Battle for Fallujah.

2014- Warren Dockter, “‘The Weight of Islam’: Winston Churchill, the Ottoman Empire and the First World War”

2009- Robert Citino, “Pride or Prejudice? Military History and the Academy”

2007- Aaron W. Moore, “Beyond East and West: The Phenomenon of Self-Discipline in the Diaries of Chinese, Japanese, and American Servicemen during the Second World War, 1937-1945”

2004- Judy Barrett Litoff, “Letters to and from the Front: WWII Correspondence between Soldiers and Their Families”

2003- Michael Birdwell, “Hillbillies and the Hindenburg Line: The 30th Division in World War I”

2001- Peter Schrijvers, “Ghost Wars: The GI Experience in Asia and the Pacific During World War II”

2000- Beth Griech-Polelle, “Bishop Van Galen and the Question of Resistance in Nazi Germany”