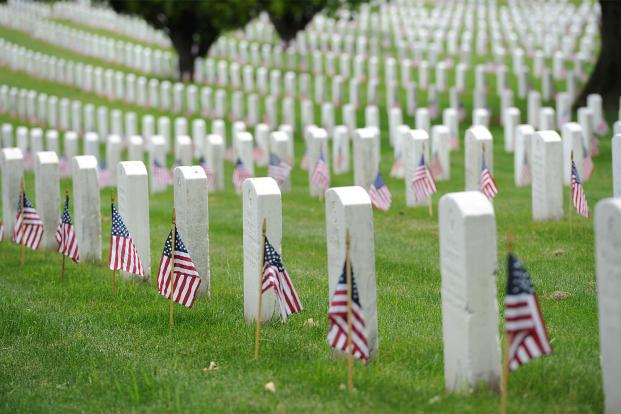 The History Department is hosting a Memorial Day event, held on Saturday, May 26th, 4-6 PM. The event is named “A Place of Honor and Memory: Knoxville National Cemetery and Veterans’ Legacy”.

The event starts with a tour, led by Knoxville historian Jack Neely, of the Knoxville National Cemetery, 939 Tyson St, Knoxville, TN 37917, 4 to 5 PM. [Meet at the front gate at 4pm]

At 5, a program at Remedy Coffee, 800 Tyson Street, will include talks by Jack Neely and Dr. Vejas Liulevicius, UT History Department.

Memorial Day has been celebrated at Knoxville National Cemetery, sometimes extravagantly, for most of the last 150 years. The cemetery founded as a practical urgency of our bloodiest war, as a burying place for mostly obscure and unknown soldiers, is now a place of honor where well-known veterans of modern wars choose to be buried. The story of its evolution includes some surprising stories of African-American troops buried there, as well as the beginning of a former slave’s astonishing career as a successful businessman and philanthropist; the possible origin of the flag-planting tradition, as the serendipitous answer to a flower shortage; and the devastating destruction—by lightning—of the long-awaited Union monument; and its reconstruction, with a significant design change.

“The First World War, Knoxville, and the Veterans Legacy Program” — Prof. Vejas Gabriel Liulevicius, UTK Center for the Study of War and Society. As we mark the hundred-year anniversary of the First World War, we can appreciate better the truly global impact of that “Great War” (as contemporaries called it), by identifying its traces in Knoxville and Knoxville National Cemetery. The Center’s work as part of the Veterans Legacy Program reveals individual stories that enrich our historical understanding.

This event is free, and will include the presentation of a new book on the history of Knoxville National Cemetery, written by Jack Neely. Free copies of the book will be made available to veterans and their families. Space at the event is limited, so please RSVP to mcopela8@utk.edu.

UT’s Center for the Study of War and Society and the UT History Department have been awarded a contract as part of the U.S. Department of Veterans Affairs’ new Veterans Legacy Program. This program pairs local universities and local school systems to produce education materials and public outreach programs about local National Cemeteries, telling the individual stories of veterans and their service. UT is partnering on this project with the Knoxville History Project, the East TN Historical Society, and the Knox County Schools. More information on the project can be found at https://csws.utk.edu/new-award-of-v-a-veterans-legacy-program-contract.