We are delighted to invite you to hear Prof. Don Hickey of Wayne State College, Nebraska, speak on the topic of the War of 1812. His talk is entitled “Forgotten Conflict: Why Historians Should Pay Attention to the War of 1812 Today”. It will take place this Friday, Jan. 27, 2017 at noon, at E308 Melrose Hall, at the Humanities Center. Please note that this is the new, corrected venue.

About the Talk:
The War of 1812 is all but forgotten today, and yet it left a lasting imprint on the Atlantic world.  It shaped Canada and the United States and determined how Great Britain related to those nations for the rest of the nineteenth century and beyond.  Its impact on the United States was especially profound.  It shaped the political, military, territorial, and cultural landscape of the new nation for at least a generation, and some of its effects can still be seen today.  The War of 1812 may have been a small war, but given its legacy, it deserves a higher profile in our public memory.

Professor Hickey’s Bio:
Prof. Don Hickey is an award-winning author and professor of history at Wayne State College in Nebraska.  Called “the dean of 1812 scholarship” by the New Yorker, he has written eleven books and more than a hundred articles, mainly on the War of 1812 and its causes.  He is best known for The War of 1812:  A Forgotten Conflict (Bicentennial edition, 2012).  He also serves as series editor for Johns Hopkins Books on the War of 1812.  For promoting public interest in the war, Don received the USS Constitution Museum’s Samuel Eliot Morison Award in 2013. 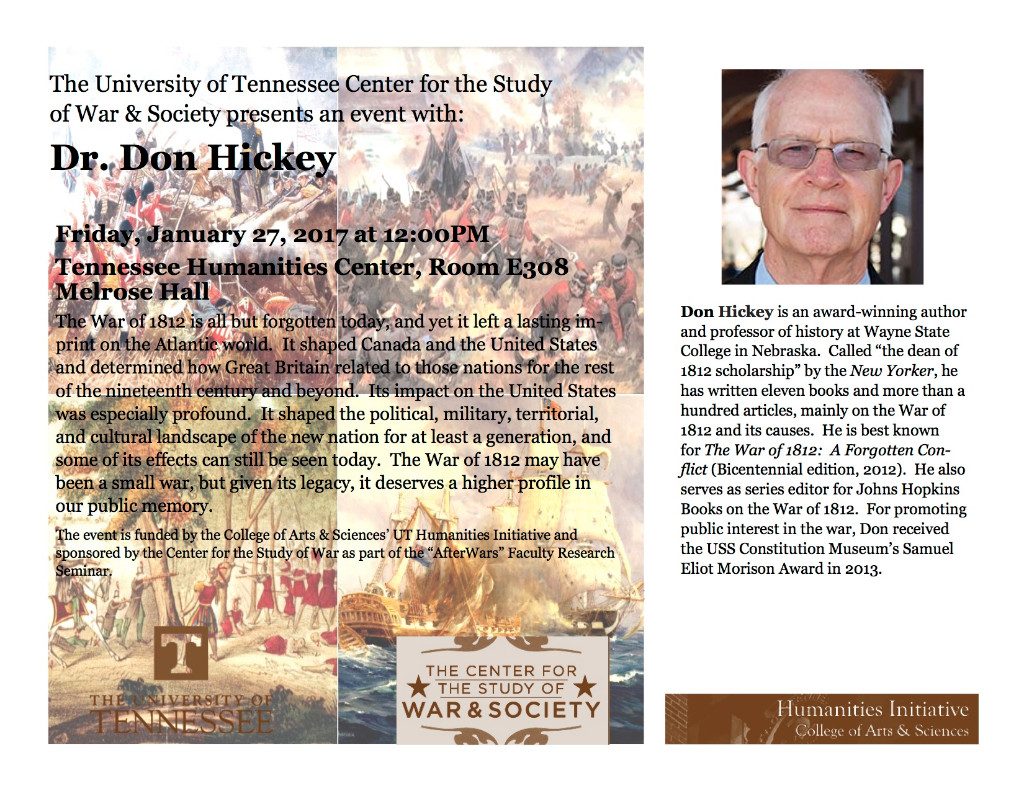